Like anything, consumer loyalty apps continue to evolve. Companies stuck in the past, ignoring the trend toward a new effortless style of apps will miss the boat – with significant financial stakes in the balance.

At this year’s MobileBeat, the exclusive mobile conference from leading tech publication VentureBeat, Thanx CEO Zach Goldstein took the stage to discuss the future of loyalty apps, and how Thanx fits into the big picture.

During his presentation, Zach hit on a crucially important development in the world of app usage and consumer mobile marketing: people are lazy and “no app, apps” are the future. Companies ignoring this fact will be left behind. Let’s take a look at why.

Modern Consumer App Usage Looks A LOT Different Than The Past

Sometimes, the truth tends to hit pretty hard, particularly when the truth hits below the belt (not there – your wallet!). Recent app data confirm that today’s consumers spend more than 85% of their time on their smartphones using native applications, but the majority of their time – 84% – is spent using just five non-native apps they’ve installed from the App Store. 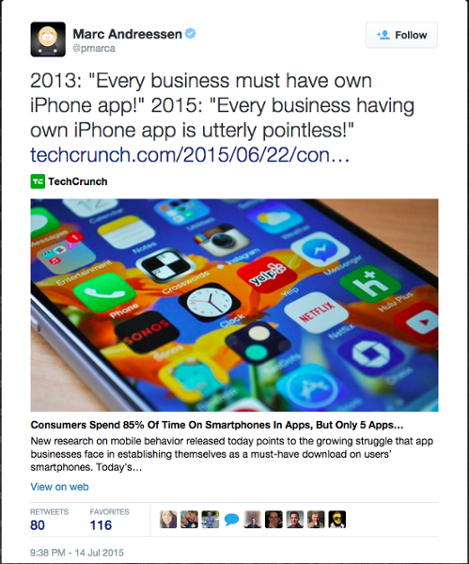 Translation – businesses that shelled out tens of thousands of dollars to create an app have a giant “WTF” look on their face. But wait, what’s going on? Why did apps seem like the marketing initiative a couple years ago, but now seem only appropriate for – according to Forrester (the author of the data study) – “businesses’ best and most loyal or frequent customers – because those are the only ones who will bother to download, configure and use the application regularly.”

We’ve touched on Geoffrey Moore’s Crossing the Chasm before, but worth repeating now. The first adopters of new technology use technology for technology’s sake. But the majority of consumers (the market where companies ultimately have to make their money), use technology for pragmatic reasons. Successful companies use early adopters to figure out the practical reasons that their technology sells. Non-successful companies assume technology for technology’s sake will take them all the way to the promised land. Apps work in exactly the same way. They will only be successful when they serve a purpose beyond vanity (“Yay– my brand in the app store!”) and experimentation (“Hey now, this might work!”) – when they make a pragmatic person feel like they’ve stumbled upon something useful – something effortless.  “There’s an app for that,” brilliant as it was, only makes sense when an app makes “that” better than it was before the app existed. Are you driving alone and need turn-by-turn directions? Great idea for an app. Are you building a branded business “game” that serves no purpose other than to waste time? Uh oh.

A Brief History Of Apps And The Concept of No App, Apps

That “uh-oh” comes from a fairly simple logic flaw that confuses engagement and results. When companies first started evaluating apps, no results existed – apps were new. So, executives turned to other metrics that could help put a stake in the ground. “Daily Active Users” and “Monthly Active Users” became rallying cries throughout the app economy. Employee incentives, of course, followed, with companies intentionally designing and building apps to increase these metrics (and these metrics alone – several apps went so far as to require users to log in daily by installing penalties for not doing so). Culturally, apps became “successful” only when they monopolized more user time (and this is still true – read the study again – “usage minutes” remain the focus!). The issue with metrics like “Daily Active Users” and “Usage Minutes” is that they have nothing to do with results. They’re measures of engagement. On occasion, engagement leads to results. But not necessarily. Fads have high engagement, but only short-term results. Inefficient processes have high engagement and no results. Expedient processes purposely have low engagement to produce dramatic results. And thus the concept of no app, apps:

Makes sense, right? Those are all pragmatic reasons why an app should exist. With a focus on effortlessness, practicality, and usefulness, building an app will produce results. Thousands of dollars in development costs will be well spent. That’s the power of an app that’s built to be less of an app, and more of a useful addition to the modern consumer’s day.

Thanx: The No App, App

Now, forgive the soapboxing, but this revelation means a lot to everyone at our company (that’s why Zach made it the theme of his MobileBeat presentation.  At Thanx, we bleed these new app ideas every day:

Technology should help customers and merchants accomplish all of these goals automatically. Processes have to become effortless – that’s where apps are headed; that’s where mobile marketing is headed. And that’s what we do at Thanx every single day.  You know who agrees with us? Apple. Apple Pay, like Thanx, embraces the no app/app concept completely. It’s one of their biggest bets on the future. We like the company we’re in. 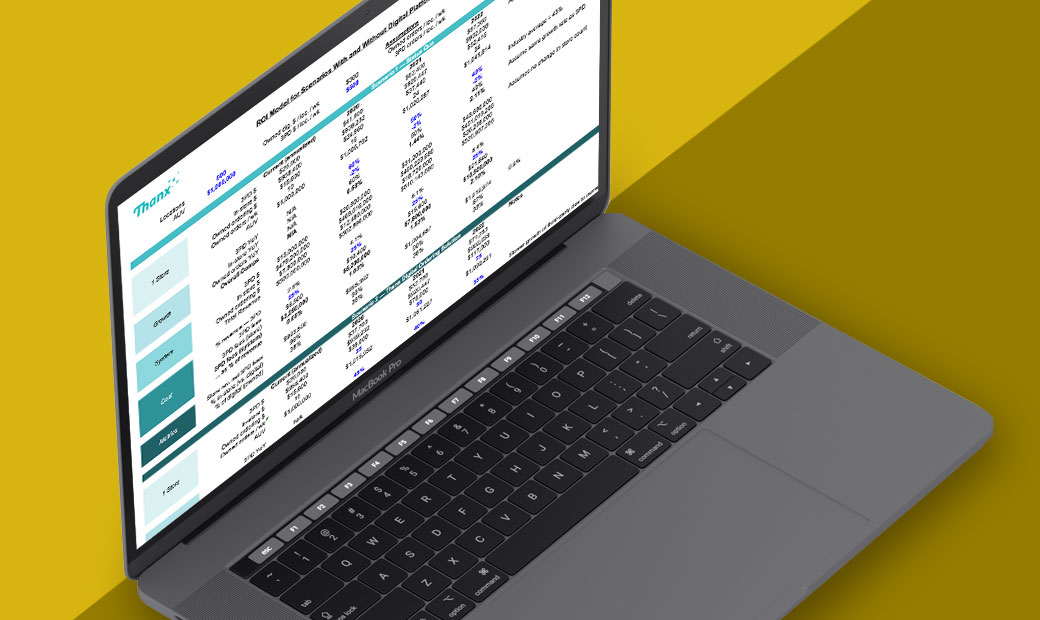 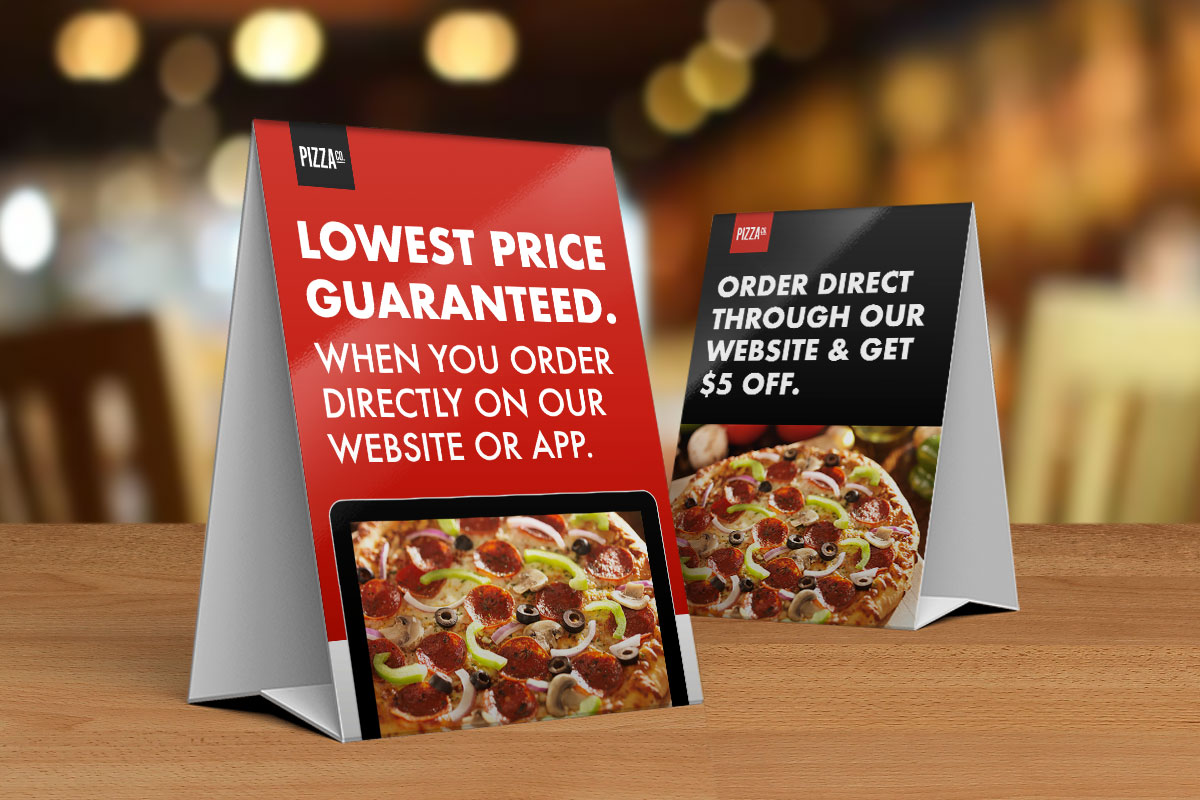