What’s new since our last report:

The impact on restaurants 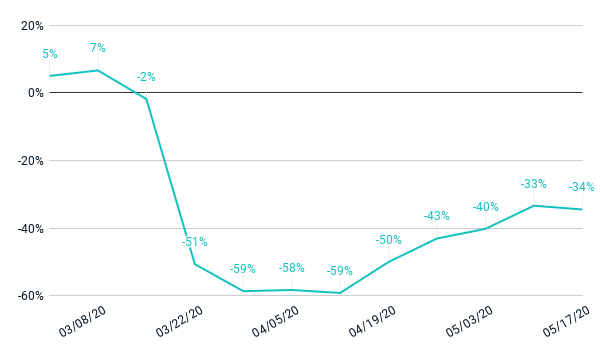 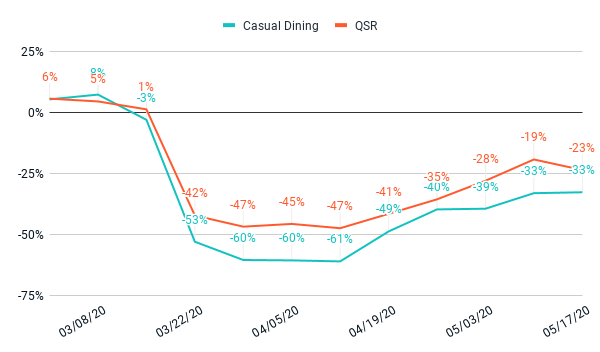 The return of sales were not reflected in major U.S. cities, such as New York City and San Francisco, where purchase transactions still remain exceedingly low due to stricter shelter-in-place regulations. 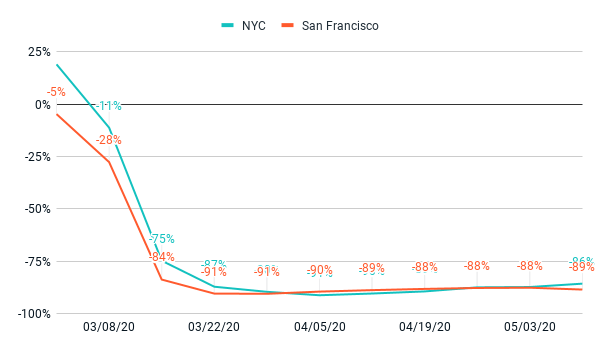 Online purchase volumes, already trending up prior to the crisis, have nearly doubled, with a 188% increase versus the pre-crisis average. Though online volume took a small dip in the few weeks after the start of the crisis, it swiftly returned to normal levels and, over the last few weeks, has skyrocketed. 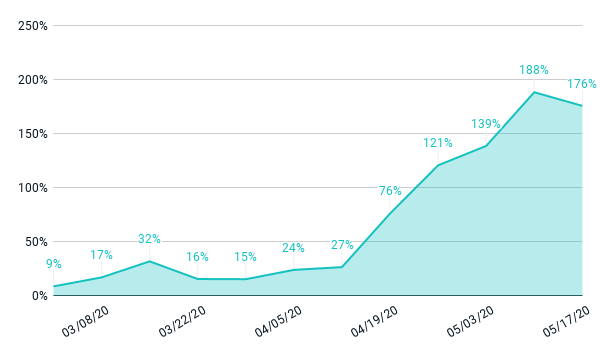 Increases in digital order volumes are most pronounced on Saturday (406%) and Sunday (289%) as consumers seek a break from weeknight cooking. 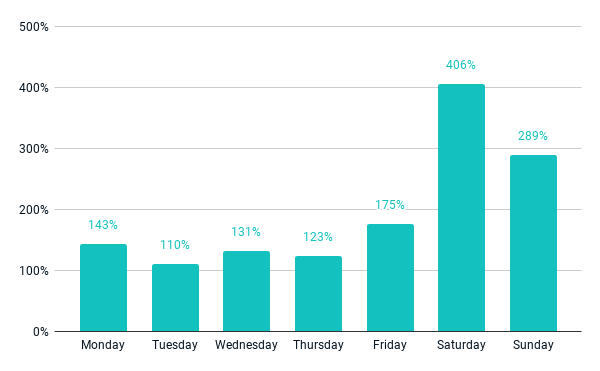 A note about the dataset:

The Thanx platform is used by customers with thousands of restaurant locations across quick-service, fast-casual, table service and fine dining as well as by grocery stores and other retailers. The dataset references purchases tracked by our system, primarily of loyalty members and therefore does not reflect the behavior of all customers. Store closures may impact the statistical significance of some segments.