As the new year starts, it’s that time again — to appreciate what brought us joy in 2015. Our annual custom says to have a glass of something nice in one hand, and a cookie in the other, so arm yourself accordingly. 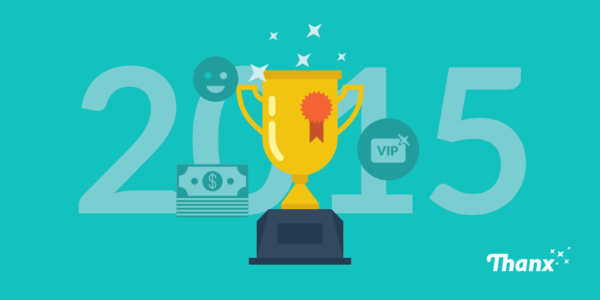 Here at Thanx we don’t miss out on any opportunity to honor our esteemed users. As we usher in the 2016 New Year, it’s time to celebrate the previous one with the 2nd Annual Thanx Awards. This year’s winners exemplify why engaging with your best customers creates a meaningful impact on your business. Without further ado, we’d like to call special attention to some extraordinary Thanx VIPs! Commence drumroll….

We know Thanx users tend to be loyalty fanatics – but this special customer blew us out of the water. This year, Walter became a VIP of Fansler Restaurant Group, visiting on average 1.5 times per day. Walter is not only an award recipient but also a record holder – with 565 visits to Fansler Restaurant Group, Walter now holds the “most visits in a year” customer record!

Technically, Gordon won both the Big Spender and Super Saver, but his fellow-Miller Paint lover was a close second. Roger used Thanx 220 times at Miller Paint in 2015, and saved over $1,200! While Roger was a great customer in 2014, he amped his frequency by over 50% in 2015! There is nothing we love more than driving loyalty while helping great customers save money.

Rob, a new customer to the Kolache Factory, earned over 74 rewards in less than a year and saved $370! Even with a shorter year than some, he earned the most loyalty rewards out of any Thanx customer and is helping the Kolache Factory avoid the industry-wide holiday slump!

This year our esteemed CEO, Zach Goldstein “got off the bully pulpit and kissed some babies.” Zach visited 15 different Thanx merchants in 2015, earning him the most Frequent Thanx-er award! 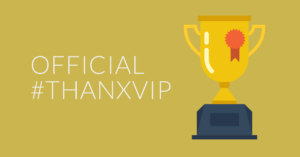 Well, that’s that! Congratulations to all of our award winners — the official members of #ThanxVIP. 2015 was a great year, and we’d like to say Thanx to every business and user alike. Cheers to a great 2016!